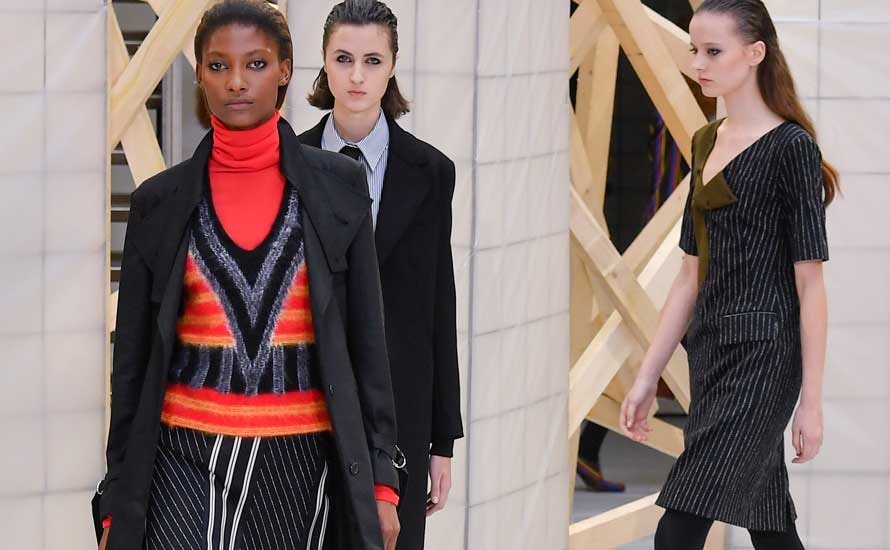 Businessmen beware! Women are no longer content with just wearing the trousers. If Paris fashion catwalks on Tuesday are anything to go by, they are coming for your ties too.

The most unloved accessory in the male wardrobe has caught the magpie eye of several womenswear designers, who have dragged it from the dark of the sock drawer and promised it the love and glamour no man could ever give. Finnish brand Aalto and newcomers Jour/ne and Victoria/Tomas all featured ties, either knotted or hung like scarves around the neck, in opening day shows of the Paris autumn-winter collections. 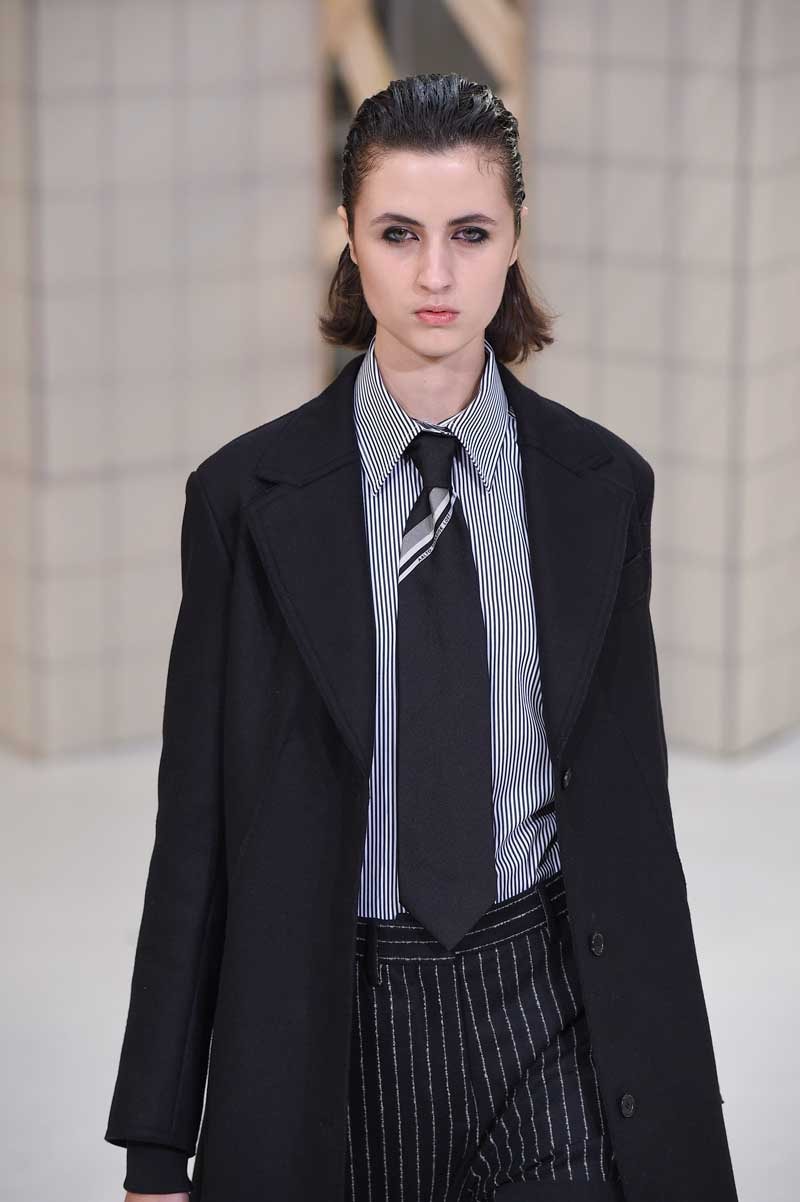 But no one there had dared touch the tie with all its rich Freudian and phallic symbolism, particularly in the wake of US President Donald Trump's preference for alarmingly long red ones. Paris designers, however, seem to be queuing up to give the traditional tie a playful tweak.

Victoria Feldman and Tomas Berzins of Victoria/Tomas declared that they were bent on a whole "new approach to modern womenswear... by taking the essentials of men's wardrobe as a base, and adapting them to women's bodies". Rather than knot them, their ties hung loose over layered dresses. It has to be said, however, that the tie did make something of an ironic comeback in the Balenciaga Paris menswear autumn-winter collection last month.

While it is sometimes hard to know if the brand's designer, Demna Gvasalia, the Georgian tyro behind the ultra-hip Vetements label, is being serious or not, he combined a white one, a red one and a charity shop-style brown one with a series of oversized double-breasted coats.

There was no missing the humour at Jour/ne, who took the pearl necklaces so beloved of the French capital's bourgeoisie and hung them in layers around the waist as belts. Anthony Vaccarello, who arrived at Saint Laurent last year promising lots of sexy glamour, may also have been having a laugh by holding his second show for the label on a building site -- complete with JCB digger -- while the rain poured outside.

On the runway though all was glam and glitter, picking up where he left off with leather everywhere and a brash mix of 1980s shoulder pads and miniskirts. His big innovation this time was huge shearling collars and arm-length gloves so enormous they framed bare shoulders in their woolly embrace. As is often the case with Vaccarello, his models seemed not so much to be wearing his clothes as to be gift-wrapped in them. 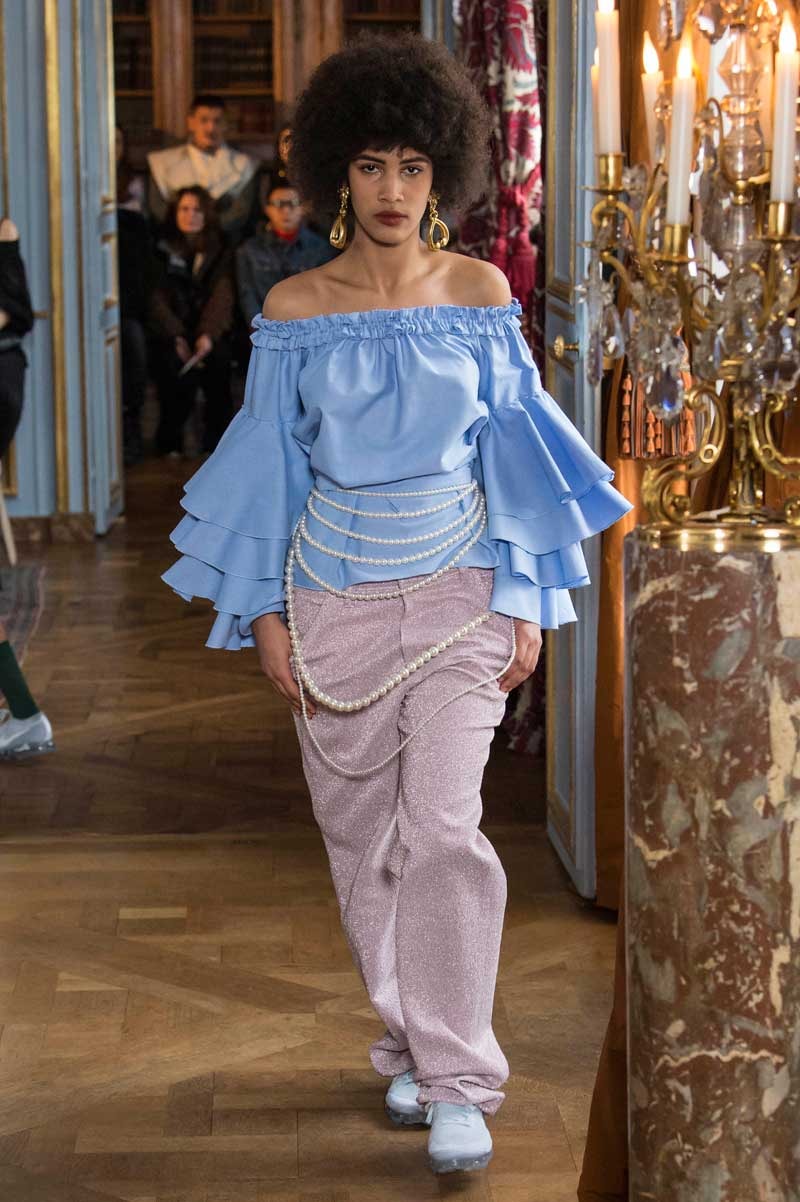 Earlier, Olivier Theyskens confected a very different type of hard-edged and far less fleshy glamour in his show, with a full-length black leather Gestapo-style coat and gloves setting the tone for a collection that thrilled and chilled at the same time.

At the other end of the spectrum, the Ukrainian architect-turned-designer Julie Paskal produced another very pure but feminine collection inspired by the winter flowering plants and Bauhaus architecture of Tel Aviv. The 27-year-old, who had her third baby, Michelle, only two months ago, told AFP that she had absorbed much of the atmosphere of the Israeli coastal city before giving birth there. "I had never been there before. It was winter and everything was still blooming which is why there are (stylised) flowers" bursting from the black and grey backgrounds of some of her dresses.

Next: Bangladesh earns Tk 73 bn in jute exports in FY16