Help |
Get the APP
|
English
Home > Textile News > What is fashion?

Fashion is a popular aesthetic expression in a certain time and context, especially in clothing, footwear, lifestyle, accessories, makeup, hairstyle and body proportions.Whereas a trend often connotes a very specific aesthetic expression, and often lasting shorter than a season, fashion is a distinctive and industry-supported expression traditionally tied to the fashion season and collections. 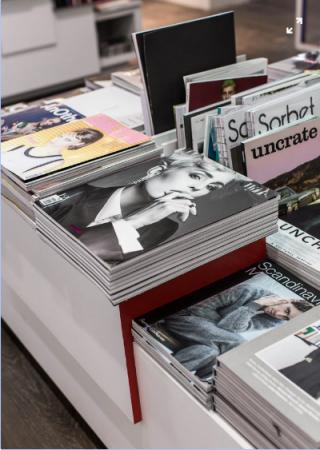 Style is an expression that lasts over many seasons, and is often connected to cultural movements and social markers, symbols, class and culture (ex. Baroque, Rococo, etc). According to sociologist Pierre Bourdieu, fashion connotes “the latest fashion, the latest difference.”

Even though they are often used together, the term fashion differs from clothes and costume, where the first describes the material and technical garment, whereas the second has been relegated to special senses like fancy-dress or masquerade wear. Fashion instead describes the social and temporal system that "activates" dress as a social signifier in a certain time and context. Philosopher Georgio Agamben connects fashion to the current intensity of the qualitative moment, to the temporal aspect the Greek called kairos, whereas clothes belong to the quantitative, to what the Greek called chronos.

Musicians and other cultural icons have always influenced what we’re wearing, but so have political figures and royalty. Newspapers and magazines report on what Hillary Clinton wears. The recent death of Diana, the Princess of Wales, was a severe blow to the high fashion world, where her clothes were daily news.

Even folks in the 1700s pored over fashion magazines to see the latest styles. Women and dressmakers outside the French court relied on sketches to see what was going on. The famous French King Louis XIV said that fashion is a mirror. Louis himself was renowned for his style, which tended towards extravagant laces and velvets.

Exclusive brands aspire for the label haute couture, but the term is technically limited to members of the Chambre Syndicale de la Haute Couture in Paris.

High fashion is the style of a small group of men and women with a certain taste and authority in the fashion world. People of wealth and position, buyers for major department stores, editors and writers for fashion magazines are all part of Haute Couture (“High Fashion” in French). Some of these expensive and often artistic fashions may triumph and become the fashion for the larger majority. Most stay on the runway.

Popular fashions are close to impossible to trace. No one can tell how the short skirts and boots worn by teenagers in England in 1960 made it to the runways of Paris, or how blue jeans became so popular in the U.S., or how hip-hop made it from the streets of the Bronx to the Haute Couture fashion shows of London and Milan.

“In the perspective of costume history, it is plain that the dress of any given period is exactly suited to the actual climate of the time.” according to James Laver, a noted English costume historian. How did bell-bottom jeans fade into the designer jeans and boots look of the 1980s into the baggy look of the 1990s? Nobody really knows.

Why is it important?

Fashion is a means of self-expression that allows people to try on many roles in life. Whether you prefer hip-hop or Chanel-chic, fashion accommodates the chameleon in all of us. It’s a way of celebrating the diversity and variety of the world in which we live. Fashion is about change which is necessary to keep life interesting. It’s also a mirror of sorts on society. It’s a way of measuring a mood that can be useful in many aspects, culturally, socially even psychologically. At the same time, fashion shouldn’t be taken too seriously or you lose the fun of it.