Leave it to Timothée Chalamet to serve up the anti-Cannes photocall look. While his co-stars of The French Dispatch did Haider Ackermann suits and Chanel co-ords, the curly-haired actor rocked up to the Croisette wearing a graphic tee and black slacks tucked into heavy-duty Givenchy boots. Polite style this was not, but did it make us love him even more? Hell yes. 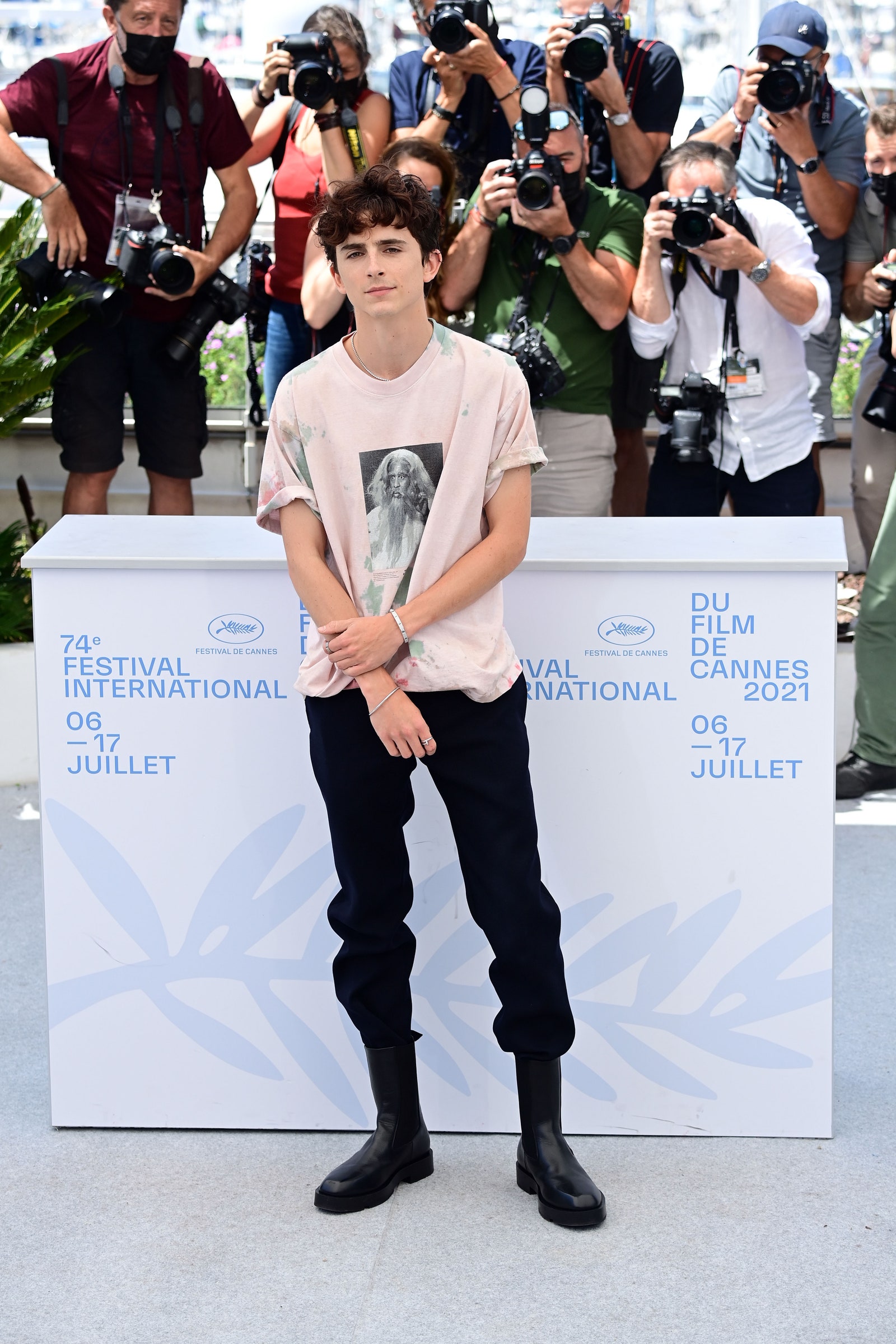 A volte-face from yesterday’s electric Tom Ford suiting, Chalamet’s softly tie-dyed tee, featuring a black-and-white portrait, comes from the cult label he buys his caps from: Elara. The merch line from the independent film production company run by brothers Josh and Benny Safdie and Emily Ratajkowski’s husband, Sebastian Bear-McClard, has enjoyed major success owing to its normcore style and insider graphics. Naturally, Timothée’s “In God We Trust” tee has sold out, like every other jumper, tote and towel – yes, even Elara’s towels are ultra desirable – on the insider web store. 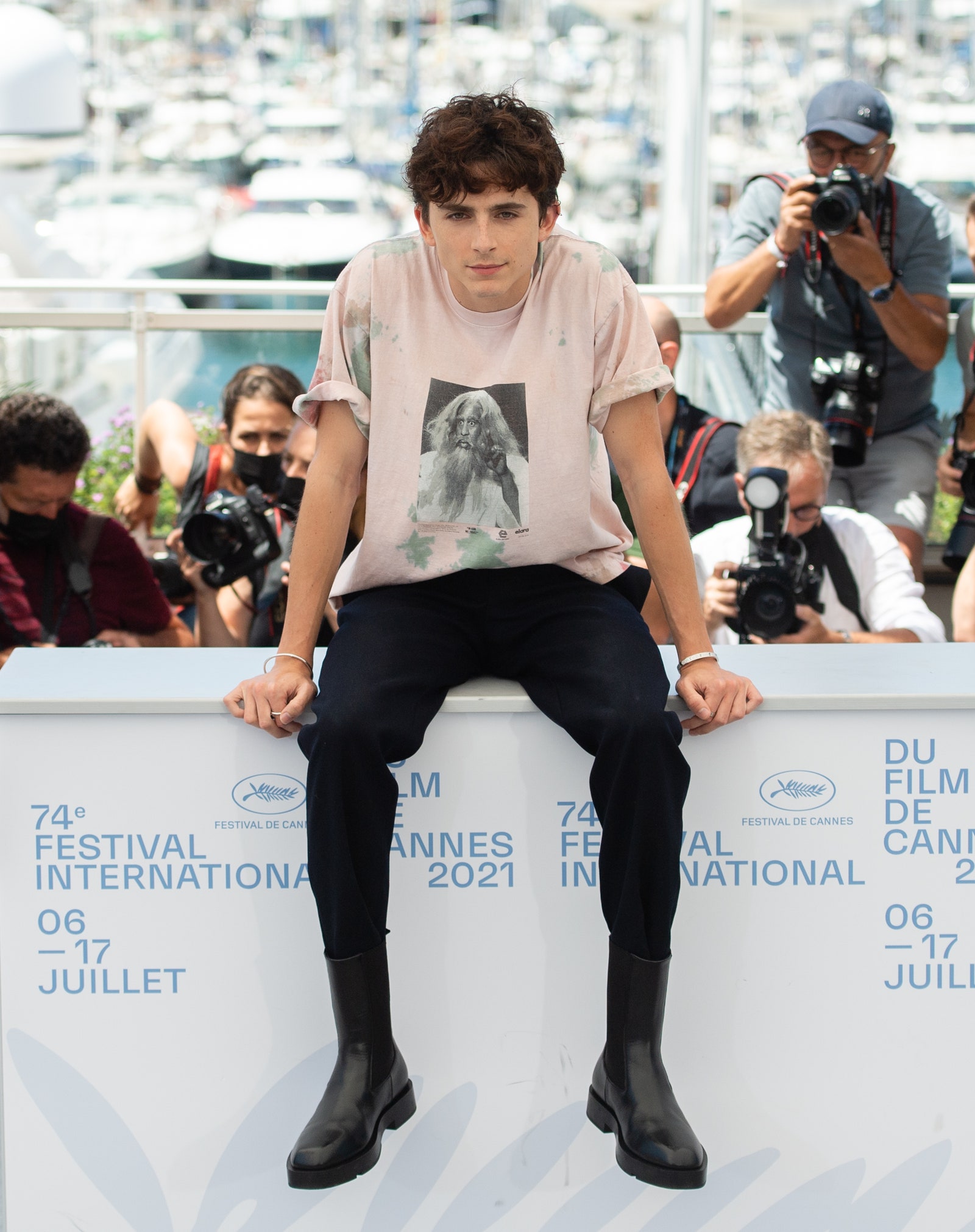 Timothée’s cult Elara tee is nigh on impossible to get hold of first hand.

Beloved by film buffs and street-style nerds alike, the simple product offering triples in price on resale sites, such as Grailed, because of the Supreme-style frenzy it whips up. Modelling sell-out merch at Europe’s biggest film festival is thus the ultimate low-key power move, particularly when we’re reminded Chalamet doesn’t have a permanent stylist. No doubt Tilda Swinton, a fellow red-carpet risk taker and Timothée’s partner in crime for the Cannes festivities, would approve of this bright spark’s gumption to bend the photocall rules. Bravo. 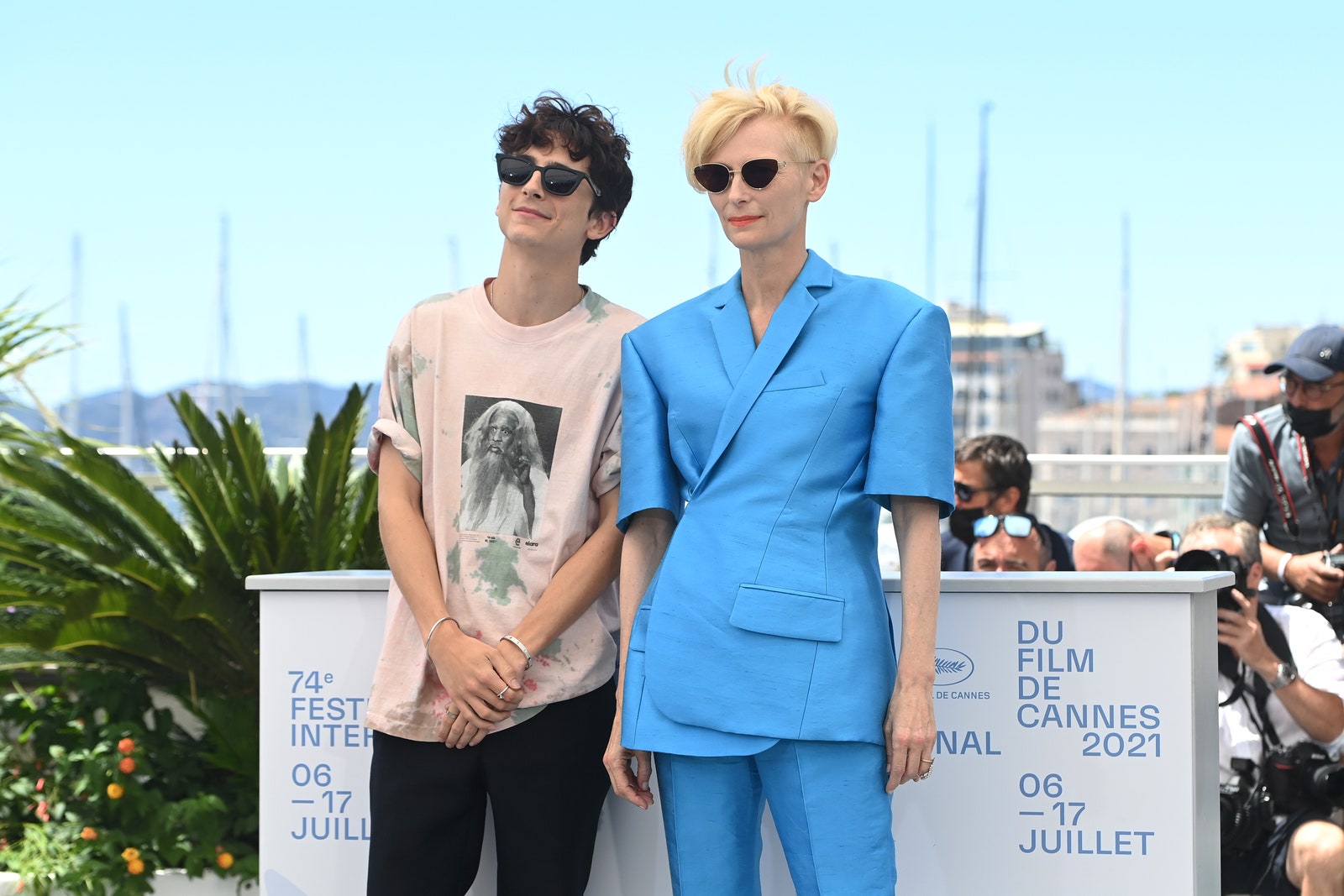